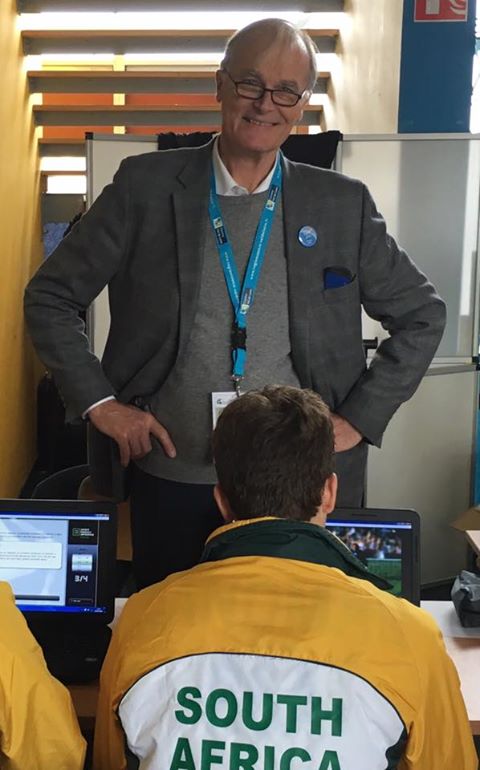 George Ruijsch Van Dugteren, a former epee champion and president of The South African Amateur Fencing Association (now known as the Fencing Federation of South Africa) passed away 31 July 2017. He was highly respected for his contributions to the South African and international fencing communities as well as his efforts in anti-doping across various sports. He was awarded the Bene Meruit Gold Award by FFSA, highest recognition that FFSA can give to a person for their contribution to fencing in this country.

The FIE wrote a tribute to George summarizing some of his immense contributions which can be read here. In addition, they have honoured his memory through the donation of 30 olive trees which will produce an ongoing contribution to charity.

Message From the Goedgedacht Trust

The Fédération Internationale d’Escrime have made a generous donation to the Goedgedacht Trust and have asked us to plant 30 olive trees in our Olive Peace Grove in memory of GEORGE R. VAN DUGTEREN.

The Goedgedacht Trust was set up twenty five years ago and operates from the beautiful old 1704 Cape Dutch farm called Goedgedacht, on the slopes of the Kasteelberg in the district of Malmesbury.

The Trust is concerned with issues of rural poverty. Our flagship programme is called “The Path out of Poverty”. Our aim is to help rural children of farm workers escape from the damaging cycles of poverty and alcoholism which have trapped their families for so many generations.

One of the ways in which we are trying to provide a sustainable income stream for our development work has been by planting olive groves. Over the years we have planted thousands of trees in what we call the Goedgedacht Olive Peace Grove. Each year these trees, donated by so many of our friends and family, produce a harvest that is turned into delicious Extra Virgin Olive oil and processed olives in our factory at the farm, and marketed under the Goedgedacht label through Pick ‘n Pay. The profits from the sale of the olives in turn provide a growing income for the Path out of Poverty programme.

This donation from the FIE includes a dedication message which will be cut out in metal and put up on the wall in the Olive Peace Grove.

The chosen message is:
TO GEORGE R. VAN DUGTEREN
A TALENTED AND REMARKABLE EXPERT AND FRIEND
FIE AND FENCING FAMILY